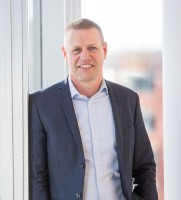 Boyle began his career in 1991 with Chevron UK as a petroleum engineer, working in onshore and offshore roles in the UK North Sea. In 1996, he joined ConocoPhillips as a production engineer. Working on the Judy Field as it was brought online, he worked in the J-Block area as production team lead through 2003 following the startup of the HP/HT Jade Field.

He transferred to Norway as technical director for the Ekofisk Field, managing a multi-disciplined team responsible for onshore technical support. In 2006, he became JV manager, before gaining projects experience as Greater Ekofisk Area modifications manager in 2008.

In 2009, Boyle transferred back to the UK where he held a number of operations management roles and was responsible for the UK Integrated Operations project, implemented in 2013, and integration of the Britannia Operating Company back into ConocoPhillips’ operational control in 2016.

Boyle transferred to Perth, Australia in 2016 as vice president, Operations, Drilling & Supply Chain, responsible for the operations at Bayu Undan, located in the Timor Sea, and Darwin LNG. He was also responsible for managing relations with the Timor-Leste regulator, including local content commitments as part of the production sharing contract.

Boyle holds a bachelor’s degree in Process Engineering from Strathclyde University in Glasgow and an MBA from Heriot Watt University in Edinburgh.